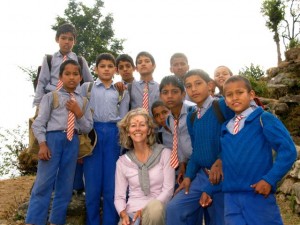 As adults we have responsibility for the raising, education and nurturing of the next generation. We do this in many ways including the examples we set, the boundaries we create and the guidance we give.

So when I read about the latest rise in the prescriptions of the stimulant drug Ritalin for our young children it prompted the question: are we living up to our responsibility?

The active ingredients in Ritalin are amphetamines that are used primarily to treat children diagnosed with “Attention Deficit Hyperactivity Disorder” (ADHD). Kids who are labeled as suffering from ADHD are regarded as hyperactive, impulsive, fidgety and unable to concentrate.

Interestingly, all are symptoms of children who are at best, over-stimulated, tired and unhealthy; and/or at worst, chronically stressed.

How do these powerful drugs work?

The brain is made up of millions of cells that continually talk to each other by sending signals across the gap between the cells. The messengers that carry these signals are called neurotransmitters. The neurotransmitters dopamine, norepinephrine and serotonin regulate thinking, hyperactivity, impulsivity, inattentiveness, memory, emotions, and depression, to name a few. An imbalance of these chemicals can cause the impairment in brain functioning that we see in symptoms of ADHD.

The amphetamines in ADHD drugs artificially increase the amount of certain neurotransmitters in the brain, speeding up the brain (thus amphetamines a.k.a “speed”). In particular this makes the frontal area more active, at least while the drug is acting.

The drugs flood the brain with the neurotransmitters, so it doesn’t think it needs any more. This can potentially cause the brain to suppress the natural growth and development of the brain cells that create these important neural networks. The young brain isn’t given the chance to develop on its own and mature in its own functioning.

The side effects of these drugs are numerous and very serious. They include:

The absence of definitive research about the long-term effects of these brain-altering substances is a cause for concern.

I believe we need to challenge the assumption that an escalating percentage of our kids are suffering from some newly identified disease or condition and that the most effective and responsible solution is to flood their nervous systems with powerful synthetic substances.

Instead, let’s look at the underlying, causative factors from the perspective of consciousness:

1. Children are affected and molded by their direct and indirect environment.
If the environment is full of stress, bullying, over-stimulation, anger, substance abuse and violence our kids will begin to absorb this. In short, they will become stressed.

2. Many symptoms of ADHD are actually the result of acute stress.
Under stress, the brain no longer functions in a balanced, optimal way. The front part of the brain is crucial when it comes to processing and organising incoming information – for this reason it is regarded as the brain’s executive processing centre. Stress (and fatigue) causes this pre-frontal cortex to shut down, making concentration, focus and balanced decision-making extremely challenging. Over time stress has a retarding effect on the development of the brain – particularly in the crucial teen years.

3. When a person is stressed and tired their ability to behave appropriately is undermined.
Stress causes us to do the opposite of what is required in a situation eg we are aggressive when we need to be more patient. Alternatively we are lethargic and overwhelmed when we need to step up and be more engaged. This affects the behaviours of both us as caregivers and the children for whom we are responsible.

As the seniors in this generation we do not have a right to abdicate responsibility for our individual and collective stress by drugging the next generation with side-effect laden synthetic substances in order to cover up the underlying causes. Instead, we must start to reduce our stress and expand our awareness so we can live up to our responsibility to those who are dependent upon us.

One response to “stop drugging our children”