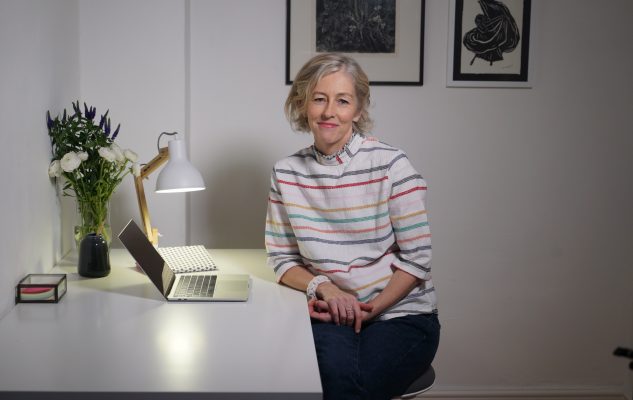 Jillian’s latest column for getthegloss.com looks at the research which suggests that taking time out to meditate could help you stay young — inside and out.

In our youth-obsessed, social media driven culture the pressure to stay young, healthy and gorgeous can feel relentless. And yet when I look at what’s been happening recently there are signs that perhaps we’re beginning to look for alternative ways to turn back the ageing clock, or simply to allow for a more realistic view of what it means to age.

According to data from the British Association of Aesthetic Plastic Surgeons (BAAPS), the number of cosmetic operations conducted in 2016 fell 40% to a near-decade low from a record-breaking high in 2015.

And there are glimpses of a growing recognition that beauty doesn’t drop off a cliff at the age of 25. Last year we saw a number of luxury brands featuring older models and celebrating beauty across a broad age range. Fashion designer Simone Rocha cast models in their seventies. Could this be the beginning of a shift in the way our society views ageing?

AGE IS NOT JUST A NUMBER

The reality is we all age differently. And while genes play a role, the biggest factor that determines how well we age, is how we live our life.

There are two ways to look at how old you are. The most simplistic is to look at how many birthdays you’ve had. This is called your chronological age. But that’s only giving you a very surface level guide to how well you are ageing.

Biological age is a more accurate measure of how well a person’s body is functioning and it is generally gauged by looking at a range of psychological and physiological tests. These tests look at things like memory, reaction times, vision and hearing ability. Someone might have had 31 birthdays and yet if they’ve been living life pretty hard, they may have a biological age that is much older.

The good news is there is plenty of research that shows it’s possible to have a biological age that is years younger than your chronological age.

THE SCIENCE OF MEDITATION

One of the most powerful tools to reverse the rate of ageing is meditation.

The evidence is compelling. One study, published in the International Journal of Neuroscience, found that meditators had biological ages that were on average 12 years younger than their chronological age. Their bodies functioned as if they were 42 vs an actual average of 54.

We can also look at the cellular level to see that meditation is very effective in slowing down ageing. A widely quoted study looked at the effect of meditation practices on promoting cell longevity, both through decreasing stress hormones and oxidative stress as well as increasing hormones that may protect telomeres.

Telomeres are the DNA caps that protect the ends of chromosomes during cell division. Over time telomeres shorten as the chromosomes replicate until eventually the cells are unable to divide and they die. Having shorter telomeres in your cells is associated with the onset of many age-related diseases including dementia, cardiovascular disease and type-2 diabetes. Many lifestyle factors have been shown to accelerate telomere shortening including smoking and drinking, poor diet and lack of sleep.

High levels of stress are also a major factor in accelerating the deterioration of cells. In short, high levels of stress will speed up the ageing process. Again this is where meditation is very powerful. The deep rest of meditation is one of the most powerful antidotes to the effects of stress. A recent study shows a reduced stress and inflammatory response in long-term meditators vs a matched control group.

Another of the most reliable markers of biological ageing is the hormone DHEA-S (dehydroepiandrosterone sulfate). As a young adult DHEA-S levels are high, and then they decline with age. Women with high levels of DHEA-S have been shown to have less breast cancer and osteoporosis. Higher levels also appear to have an anti-depressive effect and have been associated with longevity.

One study looked at DHEA-S levels in the blood of a group of meditators compared to a healthy matched control group. The ages ranged from 20 to 81 years. Depending on age, people who were meditating had levels of DHEA-S that were as high as members of the control group who were 5 to 10 years younger.

As the pace of life continues to speed up, it makes sense that we find efficient, proven ways to counteract the relentless activity and build in ways to get deep rest. Meditation is exactly that – a way to push pause and allow our psychophysiology to repair and come back into balance, naturally. As a result, we’re going to be healthier and younger.